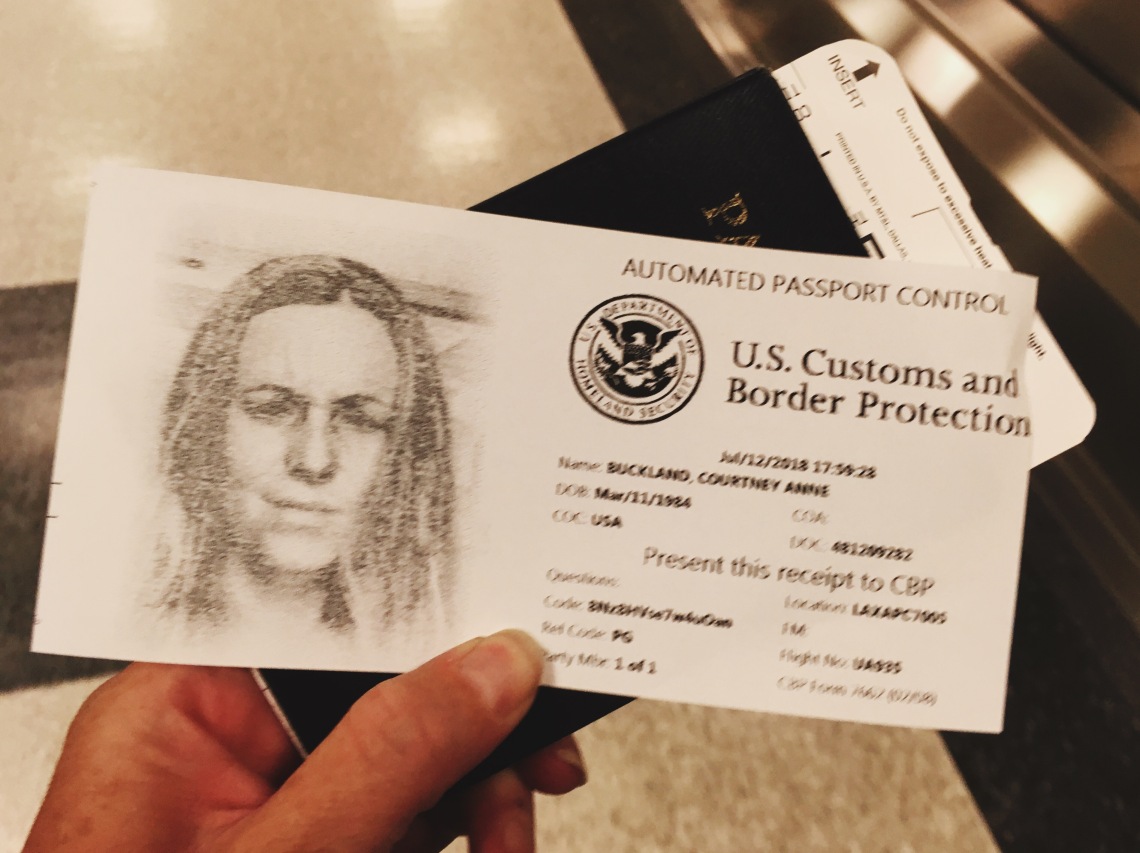 I returned to the States yesterday after a spending month traveling through six European counties. It was a wonderful trip and as I had remembered from previous travels, crossing borders was quick and easy. Seen as a totally normal thing to do, travel to and through different countries. To see new things and meet new people.

I arrived in London at around noon and the customs line was kinda long, but there was no issue for myself and everyone in the vicinity seemed to experience the same ease. There was only one officer I needed to visit and there were no supplemental machines or computers to check me in. There was not an abundance of badges and dogs and security. There was signage clearly and simply stated that was posted for asylum seekers. There were friendly, helpful attendants who spoke multiple languages. And smiled.

From England, I took a ferry to France. There was a toll booth style setup for cars and cyclists boarding the ferry, passports were reviewed and stamped quickly. Easy!

From France, I rode a bike through Belgium, Holland, and Germany. I never had to show a passport or other form of identification documentation. I then took a ferry to Denmark and had my passport ready to provide, but nobody ever ended up asking to see it.

If I was riding my bike from North America to South America, I can’t even imagine what the process of crossing the US/Mexio border would be like for a group like ours. I understand that borders in the EU and travel within is a different system entirely, but it was nice to not see children ripped from their mother’s arms and thrown in cages.

A week later, I left Copenhagen to return home to California. I had a connection in Heathrow and there I had to return to a ticket agent for additional questioning and check-in for passengers traveling to the US.

The plane landed after our 10.5-hour flight and the seatbelt sign goes off and we all stand to grab our bags and head to border patrol. A moment after the collective move to deboard, a flight attendant comes on the intercom and tells everyone to sit down. Border Patrol officers are outside of the plane, US and Canadian passport holders only can exit the plane first, all other people must remain seated.

Two officers are on the jetbridge and are checking passports and boarding passes as I exit. We are then directed to the customs area to wait in line for the computer system to run a list of questions, scan our passports, and take our photos. Then all US passports are directed to exit and collect baggage, then exit through additional screening and questions by Border Patrol officers. All non-US passports are directed to wait in an additional line for another officer interview checkpoint. If I had a connecting flight, I would need to re-check my luggage, re-enter security and rush to my gate. (thank god I didn’t have to pick up my baby from the cage it was being held in)

The officers and agents are visibly miserable, disconnected from the human experience of international travel, unwelcoming, and many are rude and reluctantly helpful (if they’re helpful at all.) The experience of entering the States at LAX is embarrassing and designed to intimidate throughout a wildly uncomfortable and excessive process.

I am a white female 30-something US citizen and travel has been easy for me.

I did not feel welcome at our border.